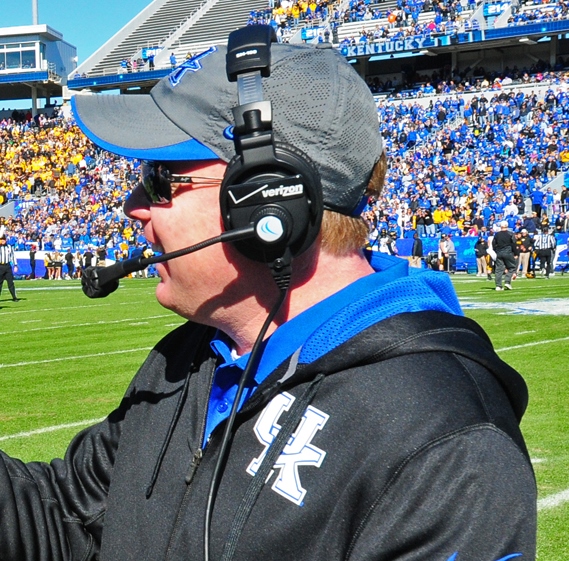 McOnions.com has confirmed from sources inside the UK football program a development in how Stoops and staff will recruit going forward.  With the emergence of Benny Snell in the UK ground attack and continued success of Boom Williams the staff has made an understandable choice to only recruit offensive  players whose names start with the letter B.

Also because of how Jordan Jones has emerged on the defensive side of the ball DJ Elliot will only go after players whose name begins with J.  McOnions ask former Cat Jeremy Jarmon what he thought about the new process he was quoted as saying, “Well duh! They should have started this years ago”

Our source inside the program told us, “We heard Alabama was only going to recruit players with names starting with L or K, we thought we would beat others to the punch and pick J and B”  he went on to say “Just look at what Boom and Benny have done, and don’t forget Bone and Badett.  I mean if Stephen’s name was Bradley we would probably be in first place in the east(SEC) or if Barker had not got hurt we would be playing in Atlanta.”

According to the source if the recruits middle names start with J or B they will be considered also.

No word yet on what will happen to committed recruits whose name begins with a letter other than J and B.

Come back for updates as they develop.